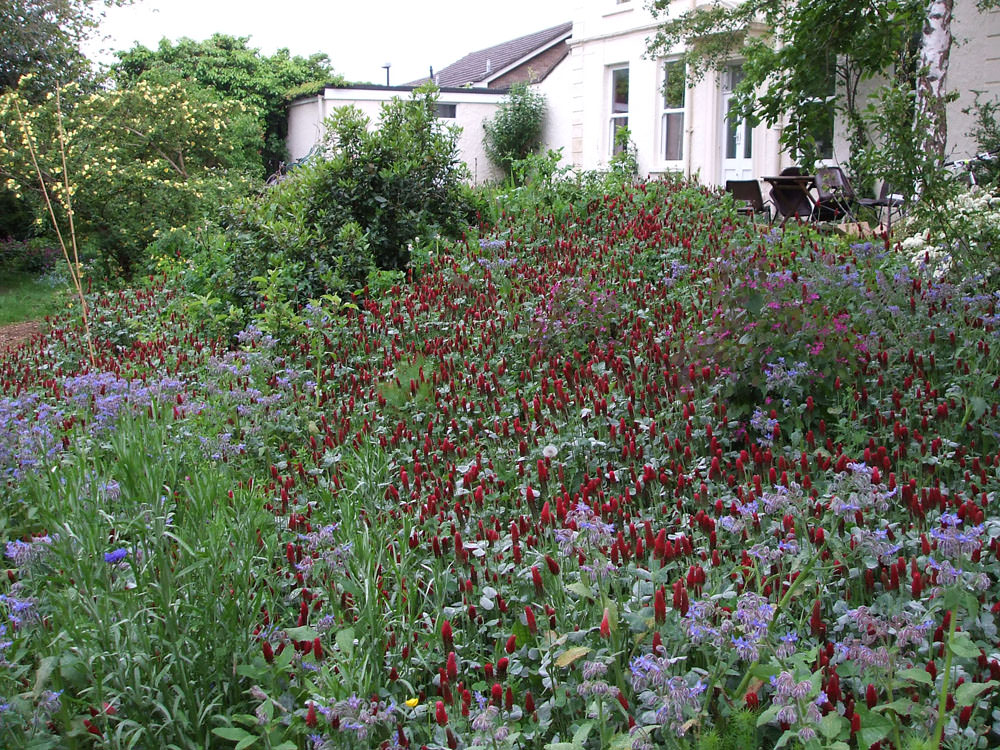 Tucked away behind the Georgian facade of the old St. Luke’s Vicarage on the corner of Queen Anne Road in Barton Hill lies a spacious, historic walled garden in the area of the ancient ecclesiastical parish of Temple or Holy Cross. Dearly loved and beautifully laid out in earlier times, it had become neglected. Rather than the property being put on the open market, Dr Chris Sunderland of Agora, a charitable organisation which works to promote active citizenship, persuaded the Bristol diocesan authorities to allow Agora to find tenants for the house and for Agora to initiate a community garden within the walled garden and courtyard.

Barton Hill is an area of Bristol with few green spaces and little opportunity for residents to interact with the natural world or with horticulture. Under the auspices of Agora, the Walled Garden has joined up with the Somali Allotments in Royate Hill and the Asylum Seekers Allotments in St George to form the Three Leaf Gardening Collective, which runs outreach programmes encouraging local communities to come together. The Walled Garden Project was initiated in 2010 and invited people to help restore the garden, providing space for a community garden. With enthusiasm and hard work, fruit, vegetables and flowers are grown there, including a spectacularly fruitful cultivar of chinese pumpkin. The addition of a polytunnel enables 30 species of summer tomatoes and winter salad greens to flourish; all produce grown is shared, there are no individual garden plots.

The garden project has blossomed with a key person as leader each open day to coordinate activities. Wednesdays are for women and young families and on Fridays local people can drop in or groups visit by appointment to learn and participate in horticultural skills. On one of my visits, young men from the Acorn Trust (which provides a residential facility for young people with support needs) were being shown how to help with tree and shrub work. In 2011 the Barton Hill Walled Garden was declared the Bristol Green Volunteer Project of the Year by Bristol City Council with Bristol in Bloom giving them their second highest level of award.

Early on in the project a local craftsman, working with the community, built an outdoor shelter in the courtyard as an outdoor kitchen in the summer and general workshop. On open days delicious food is cooked whilst there is still space for some raised beds and a display of hanging baskets. The craftsman later ran a timber framed roundhouse course and over a period of two or three months the basic structure of the roundhouse was substantially complete. Various techniques were used, for instance the roof follows an overlapping, self supporting design used by some North American Indian groups. The cord wall technique comes from Scandinavia. The walls are held together by cob, a mixture of clay, sand and straw sheltered from the rain by overhanging eaves. Cob cottages can still be seen in Dorset. The timber framed roundhouse is designed to be a shelter and a quiet, reflective space and is proving very popular. It needs a little more work, including a door to keep out draughts and an intended green roof seems to be seeding itself quite happily.

They were selected for their Green Volunteer Project of the Year award for “bringing the community together by creating a growing garden where residents can garden, grow, cook and eat healthy, sustainable meals.” An 18th century garden designed for the use and pleasure of the rectors and their families is now being redesigned and reinvented as a productive community space.